Sadly, today was the last day of the Old Saybrook Farmers Market, which is held on Wednesdays and Saturdays for the five months from Memorial Day to Halloween.  As always, I walked over this morning with an open mind, ready to buy whatever looked good, and then to figure out what to cook from it.  Here's what I bought today:

There's a purple cauliflower which I'll make tonight as a side dish for a dinner with my friends Linda and Richard.  I am making the "All-American Meatloaf" recipe from Food Lab along with some sauteed "Ratte" French fingerling potatoes that I bought at Wednesday's OS Farmers Market. In front of the cauliflower are some cubanelle and poblano peppers which I'll use to make the Food Lab "Chili Verde with Pork" as I know I'll have some extra pork shoulder from what I bought to grind for the meatloaf.  Behind them is a butternut squash, which I think I'll use later this week to make "Roasted Butternut Squash & Red Onion with Tahini & Za'atar"  from the Jerusalem cookbook.  Next to the butternut squash is an acorn squash, which I plan to roast along with the pumpkin for one more run at Curried Pumpkin Mussel Soup later this week.  The eggplant, and the scallions that are hiding under the peppers, I will use to make "Chermoula Eggplant with Bulgur & Yogurt" from the Jerusalem cookbook.

A month ago, I photographed my trove from the OS Farmers market that week and the dishes I made from it, which gives a sense of how cooking from the OS Farmers Market works.  That week's trove generated eight extraordinary vegetarian dishes.  They were so good that I didn't eat meat that week, not becuause I'm a vegetarian; I just forgot.

The Eight Dishes I Made From It: 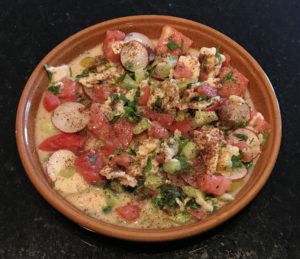 Courgetti with Pesto and Poached Egg 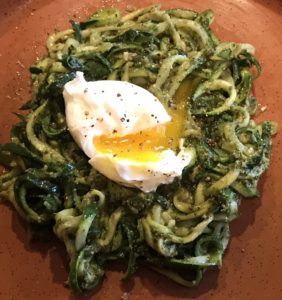 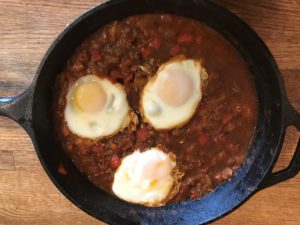 Pureed Beets with Yogurt and Za'atar 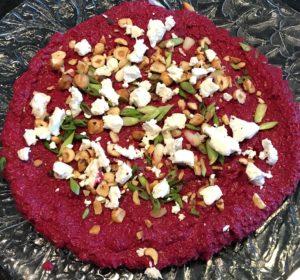 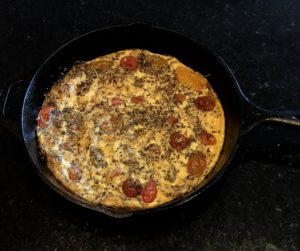 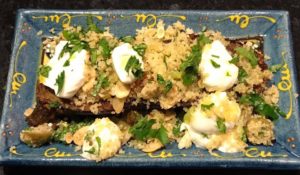 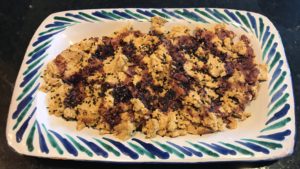